GameTime at Yavneh with Melbourne United 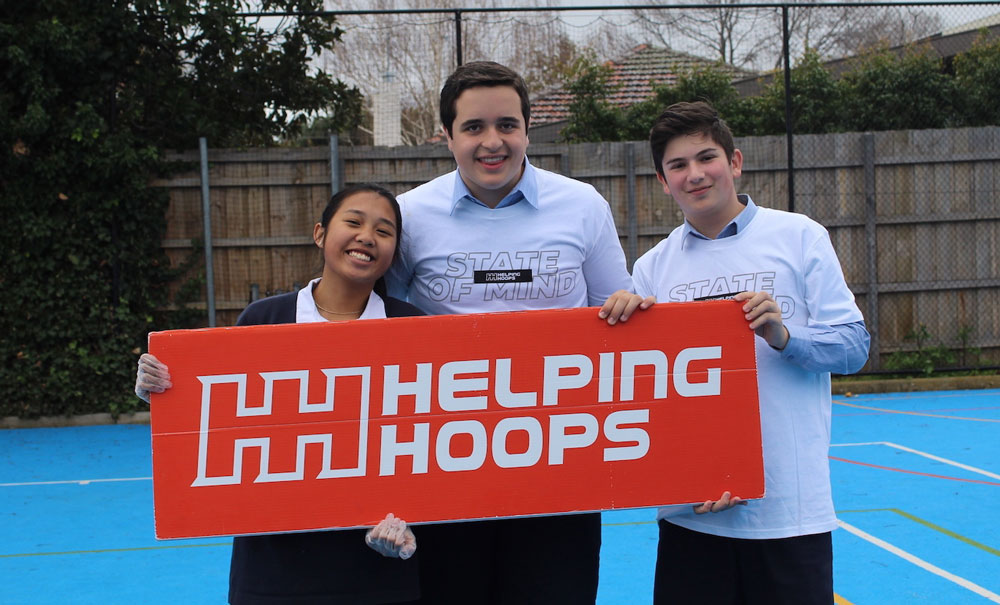 Posted at 07:09h in Uncategorized by admin

Melbourne United encourages inclusivity, cohesion and embraces all cultures. Their mission is to help, inspire and motivate as many people as possible. “Our sport has a great capacity to bring people together and Melbourne United’s GameTime  by Kmart program (previously named You Got Skoold) aims to create and develop strong community links between schools, community groups and the Club”.   The GameTime event involves Melbourne United coming in and take over the sport program at a primary school.

Every year, many schools request Melbourne United run their Kmart GameTime Program for them, however, they only pick a very small handful of schools annually.  Leibler Yavneh College was privileged to have been chosen this year to specifically help our students with the Helping Hoops fundraising initiative. (www.helpinghoops.com.au)

Basketball clinics were conducted throughout the morning, as the excitement increased as students anticipated the match against  the Melbourne United basketball team. The days program involved coaching sessions by ex-players and coach for each grade level.

The rain brought us inside so instead of basketball, the lunchtime main event turned into a highly competitive tunnel ball match. It had all the hype and fanfare of a regular Melbourne United season NBL game.  It was action packed, lots of fun with a commentator, a media team, music, player introductions, crowd activities, competitions, and prizes from Melbourne United, Helping Hoops and another very generous sponsor. Dwayne Wade (one of the all-time top basketball players) also contributed his brand of socks to sponsor this fundraiser as well as other prizes. The whole school was invited to watch the select school team take on the professionals at what they do best, play ball!

This was a once in a lifetime opportunity for students to play against Melbourne United and an awesome initiative for Helping Hoops whose goal is to help underprivileged kids with all their troubles, through basketball.

A truly amazing day for all the kids in the Yavneh primary school. A big thank you goes out to Jonah Feiglin – Year 9 Yavneh student – who coordinated the  fundraiser together with a team of students and raised significant funds for Helping Hoops. Well done Jonah and team for making this happen.

“I love how the school community has come together to support such a worthy cause like Helping Hoops. I want to thank everyone for their generosity. It was a privilege to watch Melbourne United coaches, players and staff interact with the primary school students. It really shows the power of basketball.”